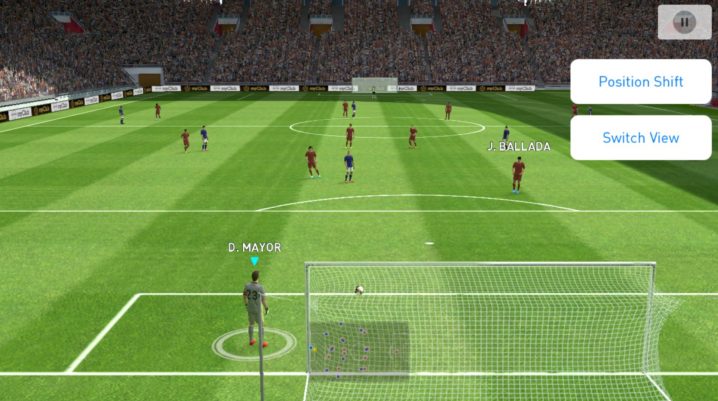 It’s difficult to make complex games such as soccer playable on a smartphone because people only get to use their fingers. Luckily, KONAMI has managed to solve this issue by creating a really complex UI (user interface) that is also intuitive. Therefore, PES 2019 PRO Evolution Soccer is one of the best sports-themed mobile games and this can be seen in the fact that PES 2019 PRO Evolution Soccer has been downloaded by nearly three million people on the Google Play Store alone.

PES 2019 PRO Evolution Soccer is a successful game and therefore, KONAMI is making sure to keep its gameplay fresh and fun for the millions of players by constantly releasing new updates. The latest update for the mobile game sports the 3.2.1 build number and it has been recently released. With that said, today we are going to check out the improvements that the new update brings.

Some PES 2019 PRO Evolution Soccer fans might be disappointed to find out that the latest update doesn’t come with any new gameplay features or UI tweaks. However, KONAMI is making up for the lack of visual changes by introducing lots of “under the hood” software tweaks. This means that even though fans of the mobile game will not be able to see the changes that the update makes, they will be able to feel them in the mobile game’s performances.

Leaving the software tweaks aside, we need to mention that PES 2019 PRO Evolution Soccer’s latest update also introduces a bunch of bug fixes. Despite being a premium mobile game, some issues still manage to pop up. Luckily, KONAMI is taking care of them with every new update that it releases, including this one.