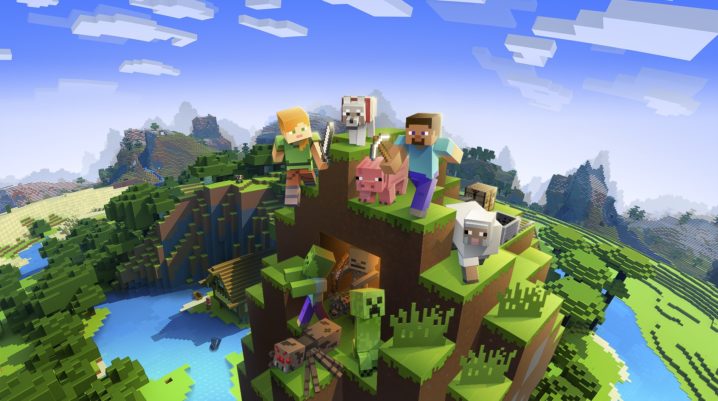 Minecraft, everyone has heard about the timeless game that always seems to stay in the spotlight. With continuous support and updates from developers, Minecraft is still a favorite.

Moreover, some updates include some strange changes, like removing the mention of Notch from the game. Other changes are about how things look in the game. About those kinds of changes, we will talk.

Players have the option to change the appearance of the classic game using texture packs. A lot of texture packs are available as DLC on the console, but on the other hand, the PC players have an endless option at their disposal.

The texture pack that has gained a lot of attention with the beautiful mode that makes the classic game so amazing. We are talking about the Sonic Ether’s Unbelievable Shaders or SEUS.

Sonic Ether has added a rendering method that creates real-time global illumination, and it’s called path tracing. While we also have mods like “disturbing Momo Suicide Game mod,” that gives you the ability to change or add a thing to the game. The path tracing SEUS will use rays that bounce through a scene many times, and the effect is similar to the one of a ray tracing. That means that Minecraft will have lit and shadowed scenes.

You will see a video post from a user on Twitter, @notglacier, the shader. The results after this ray tracing are incredible. A torch that gives you a really warm glow, and the beams of sunlight through a glass ceiling onto a shiny reflective floor.

Attention for the PC players. To run this Minecraft texture pack is required powerful hardware. The player @notglacier reported a framerate from 25-40 FOS on the highest settings using an i9-9900k and a GTX 1070 Ti.