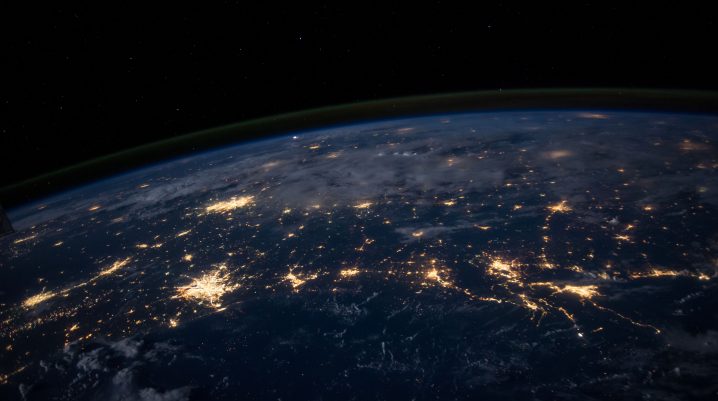 Staying in space causes significant stress and affects health. However, these bodily changes can also benefit illegal travelers: dormant viruses, hidden in the cells of our body, jump at the chance to reactivate and spread.

Becoming an astronaut is a career choice that exposes you to an incredible amount of stress. But this stress will not only affect the astronaut; viruses hidden in the heart of his cells also feel this change, and for them, this signal means it is time to return to service.

This is shown by an analysis of several studies (New Window)conducted by NASA researchers, who detected traces of some viruses of the family Herpesviridaein the body of more than half of the astronauts monitored during trips aboard space shuttles or stays in the International Space Station.

These data show that more prevention may be needed for future long-term stays in space or when returning to Earth.

Some viruses, such as herpes, have co-evolved with our species for so long that they have managed to develop techniques to completely bypass our immune defenses.

After our first contact with the virus, the virus will remain dormant in some cells of our body for our whole life. The signs that the virus has come out of its torpor will only emerge during moments of high stress or when our immune system weakens.

The success of this family of viruses is so great that between 70 and 95% of the human population has one of eight variants that affect our species, among which we find herpes, but also chickenpox, or viruses responsible mononucleosis.

The prevalence of this type of infection as well as its unfortunate tendency to resurface at the worst times have prompted NASA researchers to check how much these viruses could affect astronauts in future missions.

The emergence of a stowaway

In space, the immune system of astronauts can be abused in many ways. Stress, whether caused by extreme acceleration forces, weightlessness or disruption of the sleep cycle, increases the production of two hormones, adrenaline and cortisol.

In the long term, this leads to a decrease in the production of certain white blood cells important for the elimination of viruses and disrupts the regulation of inflammation.

Other factors, such as the damage caused by certain radiation or even the decrease in the expression of certain genes once in space, can also contribute to the fall in efficiency of the astronauts’ immune system.

These negative effects may even be felt after returning to Earth, and this period represents an unexpected opportunity for a dormant virus.

Using saliva, blood and urine samples, the researchers showed that 47 astronauts out of 98 who participated in a mission aboard a space shuttle and 14 out of 23 astronauts International Space Station had an increase in some viral particles.

The vast majority of these reactivations remained asymptomatic. Only six astronauts developed minor symptoms. The researchers also noted that the viral particle load increased with time spent in space, and that these viruses continued to be detectable within 30 days of return to Earth, after which they returned dormant.

This work shows the importance of preparing medical treatments for this type of infection, especially in the context of future long-term missions to the Moon or other planets.

In addition, this type of virus also carries a risk for astronauts’ relatives once back on Earth, especially when it comes to newborns. For NASA researchers, rapid detection tests developed for astronauts will also be very useful in hospitals around the world.