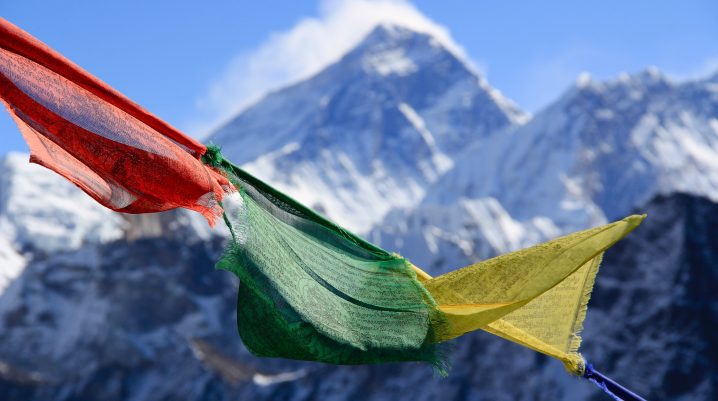 The accelerated melting of Mount Everest Glaciers has unexpected and macabre effects. In recent years, with the rapid thinning of the ice, one sees appearing gradually on the highest summit of the world the corpses of the mountaineers who dead on the world’s highest mountain.

More than 4,800 people have climbed Mount Everest since the first attempt of ascent in 1921, and nearly 300 of them, mountaineers and sherpas, have died there. Two-thirds of these bodies would still be buried in snow and ice.

According to Ang Tsinging Sherpa, former president of the Nepal Mountaineering Association, although most bodies of Mountaineers who died in recent years on Everest have not been left behind, more and more older corpses are emerging from the ice .

These bodies must now be recovered, which is a challenge, according to the Expedition Operators Association of Nepal (EOAN), because of technical difficulties, but also administrative on the Nepali side.

In general, the bodies are recovered from the Chinese side of the mountain, to the north, at the beginning of the spring climbing season.

One of the most difficult recoveries took place at an altitude of 8700 m, near the summit. The body was totally frozen and weighed 150 kg. It had to be recovered from a difficult place at this altitude.