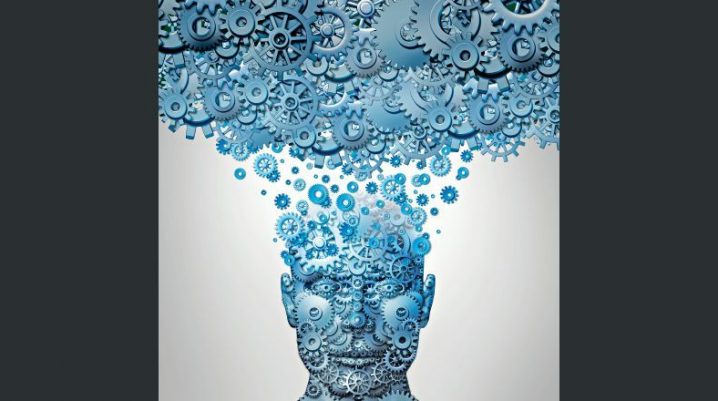 Higher levels of the brain protein tau in older people may indicate a greater sign of Alzheimer’s disease and has been linked to brain damage and cognitive decline.

Sleeping badly is a hallmark of Alzheimer’s disease. People with the pathology tend to wake up tired and their nights become less refreshing as the loss of memory and other symptoms worsens. But it is not well understood how and why restless nights are linked to Alzheimer’s disease.

Now, researchers at the School of Medicine at the University of Washington may have discovered part of the explanation. They found that older people who have less slow wave sleep (deep sleep needed to consolidate memories and wake up feeling refreshed) have higher levels of tau brain protein. Having high levels of tau is a sign of Alzheimer’s disease and has been linked to brain damage and cognitive decline.

The findings, published in Science Translational Medicine, suggest that poor quality sleep in later life could be a warning signal for deteriorating brain health. “The interesting thing is that we saw this inverse relationship between slow wave sleep decrease and more tau protein in cognitively normal people or with very mild impairment, which means that slow wave activity reduction can be a marker for the transition between the normal and the deficient, “says the first author Brendan Lucey, professor of Neurology and director of the Center for Sleep Medicine at the University of Washington.

The brain changes that lead to Alzheimer’s disease start slowly and silently. Until two decades before the characteristic symptoms of memory loss and confusion appear, beta-amyloid protein begins to accumulate in plaques in the brain. Later tau entanglements appear, followed by atrophy of key areas of the brain. Only then do people begin to show unequivocal signs of cognitive decline.

The challenge is to find people in the process of developing Alzheimer’s before these brain changes undermine their ability to think clearly. For that, the dream can be a useful marker. To better understand the link between sleep and Alzheimer’s disease, Lucey, along with David Holtzman, Andrew B. and Gretchen P. Jones, professor and head of the Department of Neurology, studied 119 people 60 years of age or older. They were recruited through the Charles F. and Joanne Knight Alzheimer’s Disease Research Center. The majority, 80%, was cognitively normal, while the rest had a very mild disability.

The researchers monitored the sleep of the participants at home during the course of a normal week. Participants received a portable EEG monitor that fitted on their foreheads to measure their brain waves while they slept, as well as a sensor similar to a wristwatch that tracks body movement. They also kept sleep records, where they recorded both the nighttime sleep sessions and the daytime naps. Each participant produced at least two nights, although some had up to six.

After controlling for factors such as sex, age and movements while asleep, the researchers found that the slow wave sleep decrease coincided with higher levels of tau in the brain and a greater proportion of tau versus amyloid in the cerebrospinal fluid. .

“The key is that it was not the total amount of sleep that was linked to tau, it was the slow wave dream, which reflects the quality of sleep.” People with elevated tau pathology actually slept more at night and threw more naps during the day, but they did not have good quality sleep, “says Lucey.

If future research confirms their findings, sleep monitoring could be an easy and affordable way to first detect Alzheimer’s disease. The daytime nap alone was significantly associated with high levels of tau, which means that asking a simple question like “How much sleep during the day?” could help doctors.

“I do not expect sleep monitoring to replace brain scans or cerebrospinal fluid analysis to identify the first signs of Alzheimer’s, but it could complement them, something that could easily be followed over time, and if someone’s sleep habits begin change, that could be a signal for doctors to observe more closely what could be happening in their brains, “says Lucey.

African-Americans may be more at risk for Alzheimer’s disease than white people, as suggested by research carried out by scientists at the University of Washington School of Medicine in San Luis, United States, which has been published in the journal JAMA Neurology

In fact, the work has identified racial disparities between African Americans and white people regarding a key biomarker used to identify Alzheimer’s disease. Therefore, the findings suggest that the tools to diagnose the disease may not be as effective for African-Americans.

According to experts, Alzheimer’s disease may be poorly recognized in African-Americans because they typically have lower levels of tau brain protein, which means they may not reach the threshold to be diagnosed when the disease has already begun to develop. their brains.

To carry out the work, the experts analyzed biological data of 1,215 people, of whom 14% were African-American. The participants were on average 71 years of age, two thirds showed no signs of memory loss or confusion, and the remaining third had very mild or mild Alzheimer’s dementia.

All participants underwent at least one Alzheimer’s test: a PET scan to detect toxic amyloid protein plates in the brain, an MRI to detect signs of reduction and brain damage, or a lumbar puncture to measure levels of key proteins of Alzheimer’s in the fluid that surrounds the brain and spinal cord.