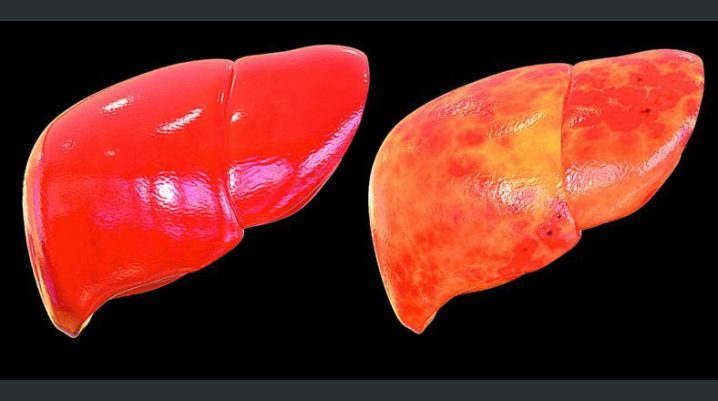 Living many years with non-alcoholic fatty liver can lead to cases of cirrhosis in 20% of patients if the condition is not diagnosed early.

This is a common condition in the U.S.; It is an asymptomatic disease that generates a process of inflammation in the liver and can progress to damage in the form of scarring or fibrosis. If there is more serious damage, it can lead to liver failure, said Rosalba Moreno Alcántar, head of the gastroenterology service at the Specialties Hospital of the National Medical Center.

Dr. Moreno explained that this is a very common disorder in Western countries and affects between 17% and 46% of adults.

The specialist explained that any liver that has more than 5% fat is considered fatty liver.

This disease consists of the infiltration of fat into the liver tissue, which is directly linked to two problems: obesity and diabetes.

However, this is not a condition of the liver itself but a multisystem disease, which means that those who suffer from it can have insulin resistance, and later they will suffer from diabetes.

In addition to this, if you still suffer from overweight, cardiovascular diseases can occur.

Although one of the risk factors for developing this condition is obesity, it also occurs in 7% of people with normal weight and is more frequent in women.

“Not all people with obesity or overweight will present it, however, those with obesity, diabetes, high blood pressure, cholesterol and high triglycerides may have fatty liver,” Moreno said.

The specialist indicated that because the symptoms of the condition are nonspecific, such as stitches in the upper right quadrant near the ribs or problems such as indigestion or jaundice (yellow skin color), the diagnosis is usually complicated.

That is why it is necessary to make the diagnosis through ultrasound studies and blood tests.

He explained that the treatment of this condition should be given from the base. “If the patient has metabolism problems, diabetes, if there are cholesterol problems and obesity, they begin to deal with that, diet, food modifications and exercise,” he said.

He added that, if there are no such modifications, the disease will not change because “there are no drugs that alone modify this condition,” he said.

Similarly, he said that education is needed in health personnel “to have a better knowledge of these diseases, updated and to help patients are better educated and that there is prevention.”

Moreno stressed that current society has been led by lifestyles that are not so healthy, which has led to the development of diseases that did not occur before.

That is why it is necessary to return to healthier lifestyles. “As Latinos we have a broad culture about herbal medicine, nutrition, and we have forgotten all that, we have abandoned exercise and healthy food,” he lamented.

According to the World Health Organization (WHO), if people continue with bad eating habits, do not play sports and do not control their weight, it is projected that by 2030 half of the inhabitants of the planet will suffer from liver diseases. any kind.