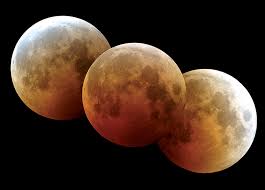 To most people, an opposition is a condition, circumstance, or entity that stands betwixt a person and their objective. However, in the field of astronomy it refers to an interplanetary alignment that results in celestial bodies being in straight line drawn between two bodies at opposite ends and another in the middle. Today, April 8, marks the straight line alignment of what is called the Mars Opposition because the red planet is found at the opposite end of a straight line to the Sun with the Earth in between.

Now, it should be noted that planets move in elliptical patterns and that on April 14, Earth and Mars will be at their closest point which is 92 million kilometers apart. While that is not a distance anyone on this planet can cover in a day, it is sufficient to make the red planet easily visible by the naked eye. On that day, the red planet will be seen beautifully against a full moon. Still, Mars will be visible to the naked eye on any given clear night this Month. Mars Opposition occurs every 26 months so it won’t be until June 2016 that the next event will occur.

Novice astronomers using a telescope will be able to see much finer detail of Mars this week. Those using digital HD cameras will even discern dust storms on the planet and what are called Orographic clouds. Orographic clouds are formed when the air mass is forced to higher elevations by rising terrain. The temperatures around these clouds are said to change adiabatically, which means according to changes in the pressure of gases as opposed to any change attributed to heat. Their presence indicates increasing elevation in the terrain beneath. Some say that the views the average person can capture during this period are similar to what the Hubble telescope can capture.