Home Games The Best Sudoku Puzzle Games You Can Play 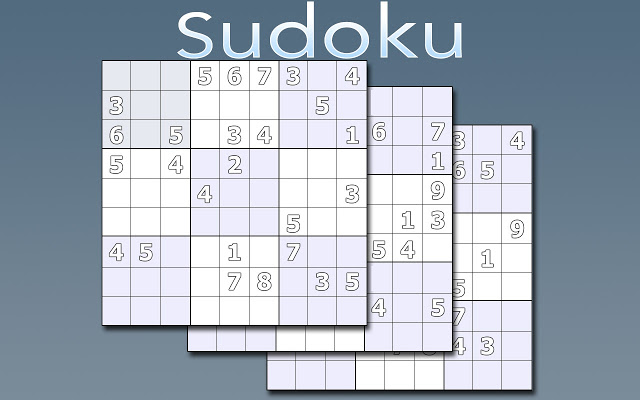 Scientific studies show that regularly playing mind games such as Sudoku can help the human brain to remain healthy and young over time. Keeping our mind healthy is crucial, especially nowadays, when depression, anxiety, and stress are so prevailing.

There are more Sudoku apps and games on the internet than you would dare to guess, and most of them are even free-of-charge. It’s not even necessary to be an expert or a mathematician to make a Sudoku puzzle. Sudoku is not a math game as many people falsely believe, it’s a game of logic. Here are the best games and apps that you can use for playing the notorious mind game:

Sudoku Pro is a completely free app for Windows 10, and it doesn’t lack a decent level of complexity. You can choose between five game modes and multiple difficulty levels. If you’re stuck and don’t know what to do, you can always check out an in-app tutorial. If you don’t like the colours and themes, you can easily customize them.

If you care a lot about the user interface, you should immediately try Web Sudoku. You’ll also get an autosave feature, a hint system, tracking the best score, five difficulty levels (beginner, easy, medium, hard, and expert), and more.

Sudoku Quest has another cute interface that resembles the Candy Crush style. Furthermore, you’ll get plenty of challenges, as the game offers more than 2,000 levels and over 10,000 puzzles.

With over 50,000 downloads from the Google Play Store, this is a great game for Android devices. There are plenty of useful features here, as you can use an automatic colour selection of numbers, cancel moves at any time, imply a pencil, and many more. What better way could there be to get time flow faster than by playing Sudoku on your Android phone?

Sudoku World is another great app for Android, as it’s supposed to develop concentration and memory. If you want to deal with over 8,000 layouts divided into 4 degrees of complexity, you can trustfully choose Sudoku World.

The name Sudoku or more correctly 数独,comes from the Japanese characters Su (meaning ‘number’) and Doku (meaning ‘single’). However, Sudoku wasn’t invented in Japan, but it travelled to the Asian country by way of America after it was originated in Switzerland.