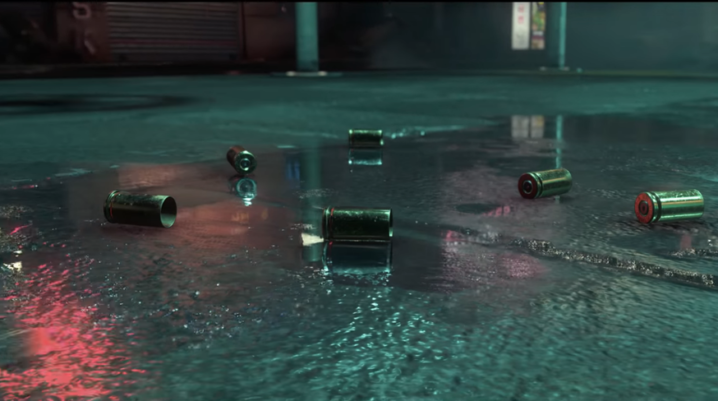 Game developers use Ray Tracing to add dimension to objects and characters. This is a process in computer graphics that render images based on how the light hits an object. It probably a more sophisticated version of drawing a bowl of fruit, which is a fundamental lesson in art classes. That relates to how the light hits objects of a spherical shape as well as other shapes.

Ray tracing has not been utilized to its full potential in the past due to the limitations of the tech, both on the developer and the user side of things. But in recent years both parties have had access to excellent tech at affordable prices. So get ready for some gorgeous looking games.

The game that everybody and their dog is talking about. An upcoming CD Projekt Red game, it will shake up the Witcher Multiverse to give us a unique experience. Ciri mentioned traveling to the future world of Cyberpunk, and now it’s our turn.

The Witcher 3 was absolutely stunning in terms of environmental effects, and Cyberpunk 2077 should go beyond that. Bolstering effects as well as unit rendering.

Battlefield 5 introduces ray tracing in the shooter genre, but Modern Warfare is taking it to the next level. The game will add ray tracing rendering to improve shadow quality, increase opaque and transparent reflections, and also enhance color. The NVIDIA RTX is probably the best tool for showcasing the tech.

The game is said to focus on two main characters. With this being the case, it would make sense for Youngblood to be some sort of multiplayer co-op. It is being compared to games like Call of Duty, but it should have story elements that require lots of high quality renders.

There is gameplay footage you can watch for Control, and the game looks stunning. With the game mechanics really standing out. Control involves the use of supernatural powers, so in 2019, these should look no less than remarkable. Expect to see lots of detail from that aspect of the game.

The environment should look broken down by comparison with the characters and their abilities. But there is a lot of room to implement ray tracing tech there. However, games with ray tracing look amazing.